Click on ORDERING BOOKS above to purchase SIX DAYS IN JUNE: THE HAVENPORT MURDERS in either E-book (Kindle, Nook, etc,), paperback or hardback formats.

A SUNSET CRUISE LEADS TO MURDER in this second Harrison Hunt mystery. Fans will delight in revisiting the noted theatre director, playwright and Shakespearean scholar as he and his long-suffering assistant Sophie encounter murder and mayhem in the seemingly peaceful New England fishing village of Havenport.

Tom had kindly consented to take us out on his smaller private motorboat rather than the larger one he used for fishing. I still had not quite gotten used to the fishy odor that emanated from the trawler.
Sophie had to do quite a lot of convincing before I had consented to take this sunset cruise with her. I must admit to a phobia about boats stemming from a childhood incident with my father when we both nearly drowned. Over the years I had managed to sail on large cruise ships but still had a lingering hesitation about the smaller variety.
However, since I trusted Tom’s ability as a sailor and the June evening was so perfect and the sea so calm, with a steely smile I followed Sophie into the boat. After donning life jackets, we cast off.
As the sun began to descend and the gentle breezes ruffled my hair, I let out a large sigh and slowly began truly to relax and enjoy the experience. The coastline was transcendently beautiful. The rugged cliffs above us turned golden as the sun grew lower in the sky. We spied several caves that glistened mysteriously as we passed by. Tom maneuvered the lazy currents masterfully, and when he began to sing softly an old sea chantey in his pleasant baritone voice the scene became truly idyllic to me.
I thought of Belinda whom I hadn’t seen for several months but would meet again in London in July. All indications were that the disorders from which she had suffered in Brookfield were now being controlled, and I could foresee a real future with her once again.
As Sophie took out the bottle of champagne and three glasses she had tucked into her ever present tote bag, she suddenly shuddered, quickly looked up and whispered coldly, “Look, there’s a man watching us from that cliff in front of us. Something he’s holding is reflecting in my eyes.”
We all looked in that direction, and as I detected the figure Sophie had spotted, I saw that it was a rifle he was holding. The sound was unbelievably loud and echoed and re-echoed around the cliffs as the bullet found its target.

Click on ORDERING BOOKS above to purchase SIX DAYS IN JUNE: THE HAVENPORT MURDERS in either E-book (Kindle, Nook, etc,), paperback or hardback formats. 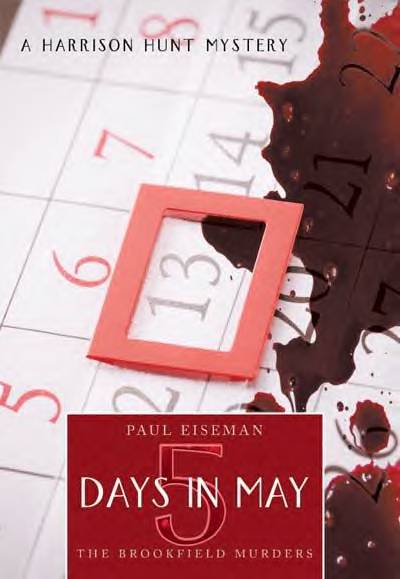